Peter’s principal contribution to the community has been 50 years of excellence in the practice of the law. 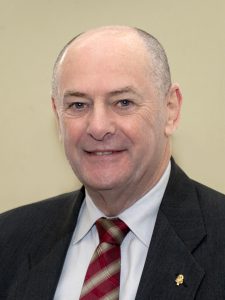 Very few practitioners can match Peter’s experience and success in Criminal and Family law matters. He has conducted trials in the Local, District and Supreme Courts ranging from traffic offences to murder, and his skill in cross-examination has earned him an outstanding reputation with Judges, Magistrates, Prosecutors and his fellow legal practitioners.

He has also appeared at all levels of the Family Court including a large number of  property and custody cases now recorded as caselaw, and has vast experience in Wills and Estates, especially in Family Provision claims.

Peter is also a Notary Public.

Peter’s interests away from work have always been in volunteer service, and his many appointments include:-

Peter s received from an extensive array of awards from Lions Clubs including the International President’s Medal, the International Leadership Award and the Lions Australia Outstanding Service Award. He is a Progressive Melvin Jones Fellow.

You don’t buy property, go to Court, administer an Estate or make a Will every day, but Dural Legal Centre do!